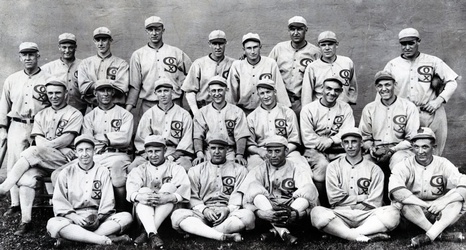 "Baseball is the heart of America. As a patriot, I would never do anything to degrade ..."
"Besmirch. It's better."
"... to besmirch our national pastime."
--Arnold Rothstein (Michael Stuhlbarg), rehearsing his testimony with his attorney before the grand jury convened to determine whether the 1919 World Series was fixed, "Boardwalk Empire," Season 1, Episode 8 ("Hold Me in Paradise")

One hundred years might seem like a long enough time to wait. But what we are talking about here is the Black Sox Scandal, baseball's darkest hour and an oft-told tale that has captured the imagination of historians, novelists, filmmakers and those fans who feel the betrayal in their bones.