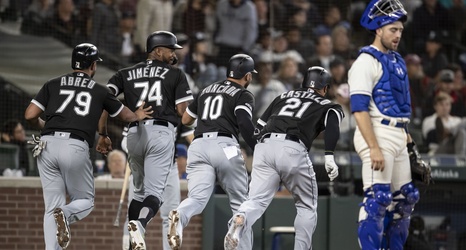 The Chicago White Sox are finally in Spring Training. With the time of year, comes the MLB’s official list of the Top 100 players. Obviously, lists are subjective and they pretty much only ever exist to drive a conversation. Well, this list is clearly driving some conversation as there are people who agree and people who don’t. There are a few White Sox players that made the list and one notable snub.

Eloy Jimenez made it after one season in the MLB at #97. It is cool to see one season of the pros get Eloy the respect he deserves.