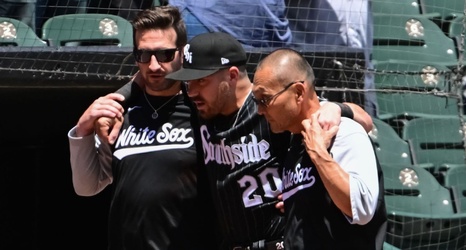 The team made the announcement Thursday and also placed Mendick on the 10-day injured list.

Mendick, who is hitting .289 with three home runs, 15 RBIs and a .786 OPS in 31 games this season, underwent an MRI after leaving Wednesday's game following a collision with left fielder Adam Haseley on a foul pop in the second inning.

Meanwhile, right fielder Adam Engel, who left Wednesday's game after three innings, was placed on the 10-day injured list because of a strained hamstring.