Chicago White Sox: AJ Hinch would be a great hire 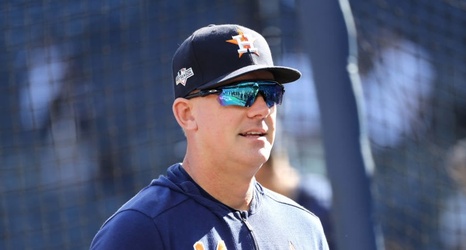 NEW YORK, NEW YORK - OCTOBER 15: Manager AJ Hinch of the Houston Astros looks on during batting practice prior to game three of the American League Championship Series against the New York Yankees at Yankee Stadium on October 15, 2019 in New York City. (Photo by Elsa/Getty Images)

The Chicago White Sox might want to consider AJ Hinch to be their next manager.

The Chicago White Sox have been without a manager for a few weeks now. Despite a major turnaround as a franchise, they fired Rick Renteria. They believe that they need a new voice to lead them to the promised land.