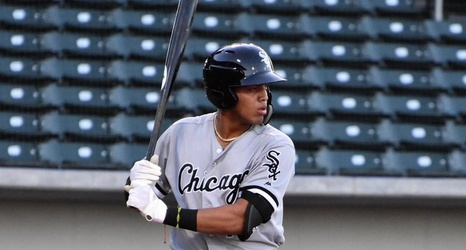 Lency Delgado, a native of Miami, played his varsity ball with Doral Academy prior to being selected in the fourth round of the 2018 draft by the White Sox. After receiving an over-slot $525,000 bonus that pried him from his verbal commitment with Florida International, Delgado received his first taste of professional ball with the AZL White Sox later that season. Not surprisingly, he struggled with the speed of the game and slashed just .