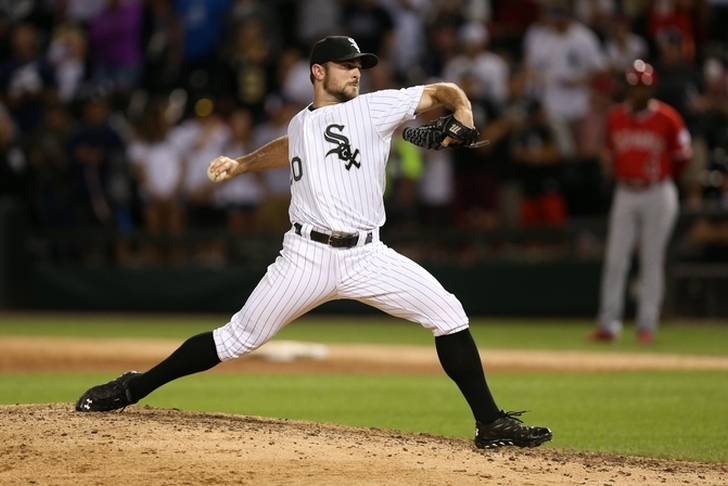 The MLB trade deadline is just two days away and Chicago White Sox the trade rumors are starting to heat up on the Hot Stove. The White Sox are 50-53 and have gone from Wild Card contender to seven games back. That makes the White Sox likely sellers at the deadline, if they make any moves. With that in mind, here all the latest White Sox trade rumors you need to know.

White Sox Shopping David Robertson?
With Mark Melancon off to the Nationals, Robertson might be the top bullpen arm that could (realistically be dealt). Several teams have expressed interest in him.

Obviously the Nationals are no longer in the mix with their Robertson's 4.25 ERA is well-above his career 3.01 ERA, but that's because of a few rough outings. With a few years left on his deal, Robertson could fetch a solid return.

Rangers Called About Sale, Quintana?
If the White Sox enter a full-on fire sale, starting pitchers Chris Sale and Jose Quintana could be dealt. The Texas Rangers have showed the most interest, although it seems a bit unlikely that either will be dealt to Texas.

Sources: #Rangers have talked to #WhiteSox about Quintana as well as Sale. Same story: No traction due to differences in perceived value.

Chicago's asking price for Sale has been high.

The Rangers could be willing to part with Gallo, but Mazara is not going anywhere. The Rangers lack a player to effectively replace him in the lineup, and unless Texas also managed to swing a trade for Jay Bruce, they likely can't add one.