Robert Beric opens up about why he joined the Chicago Fire 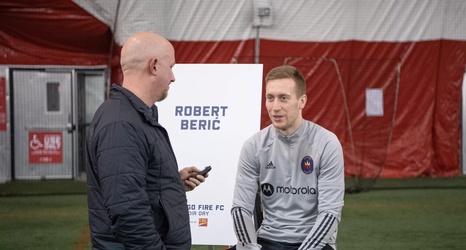 After spending four-and-a-half years at Saint-Etienne, Robert Beric knew it was probably time for a change. He just didn’t know what that change would look like, yet.

That’s when he and his agent got a call from a couple of guys in America with Swiss accents—new Chicago Fire head coach Raphael Wicky, and Sporting Director Georg Heitz.

“I was searching for something new, you know,” Beric told Hot Time in Old Town. “After speaking with the coach, and his vision of the new project and everything, it was easier to decide to come here.”

So far, the Slovenian international likes what he sees, both with the city, and with the club.