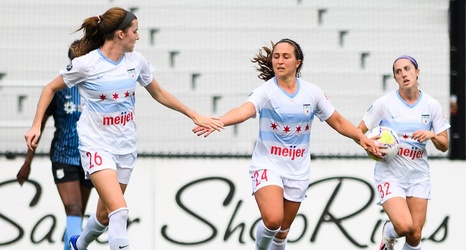 At the end of the bumpy and winding road that was the 2020 National Women’s Soccer League season, the Chicago Red Stars weren’t able to finish their journey quite as they hoped.

In their final match of the NWSL Fall Series on Saturday afternoon in Montclair, New Jersey, they fell 3-1 to Sky Blue FC. The hosts scored all three of their goals in the first half, the first and third by Paige Monaghan on crosses by Midge Purce and the second by Ifeoma Onumonu on a cross from Monaghan. The Red Stars got a late consolation goal from Morgan Gautrat, heading in a Tierna Davidson free kick in the 89th minute.