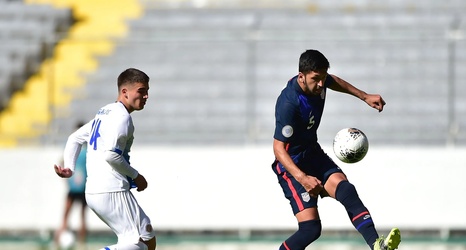 Bolingbrook’s Mauricio Pineda looked a little nervous early on, but got things under control, putting in a gritty, 90-minute performance in a 1-0 win for the United States over Costa Rica in Concacaf Men’s Olympic Qualifying on Thursday.

Pineda got the start alongside Justin Glad from Real Salt Lake. An errant pass by the Chicago Fire defender early in the match nearly led to a Costa Rica goal, but not long after, Pineda’s chipped pass to Colorado Rapids outside back Sam Vines started the U.S. buildup that resulted in Jesus Ferreira’s goal in the 35th minute.