Chicago Fire vs. Vancouver Whitecaps: Preseason Gameday Guide and How to Watch 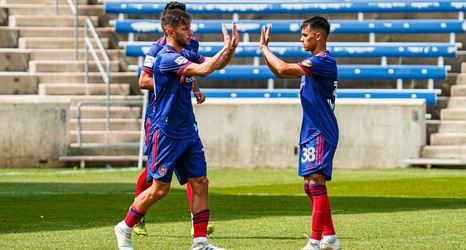 There should be one major goal for Raphael Wicky’s Chicago Fire squad heading into today’s final preseason matchup against the Vancouver Whitecaps at SeatGeek Stadium (11:30 a.m. CT, streamed at ChicagoFireFC.com.)

Five Fire players have picked up injuries this preseason. First it was Stanislav Ivanov, whose knee surgery will keep him out until midseason. Then it was Elliot Collier (ankle) and Fabian Herbers (knee) in the same match. Both guys are progressing well, but they’re still out. Then it was Carlos Terán, who is dealing with a quad injury. And, finally, we learned just this week that Ignacio Aliseda suffered a leg injury.