Chicago Fire vs. Atlanta United: Gameday Guide & How to Watch 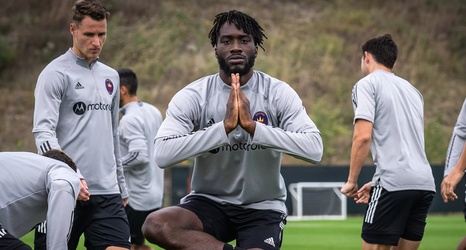 There are still ten games left in the MLS regular season for the Chicago Fire, but tonight’s match against Atlanta United at Soldier Field is, potentially, a “six-pointer.” At the moment, Atlanta sits in the 10th and final playoff spot in the Eastern Conference. The Fire are in 12th—just two points behind Atlanta—so tonight’s match is a crucial one for both teams.

“Every point counts, especially in this shortened season,” Brandt Bronico said in a video released by the Fire after training on Saturday. “So, obviously, three points is our priority.”

The Fire are looking to build off Wednesday’s 4-0 win over Houston—the team’s most complete performance of the season.