Chicago Fire Notebook: Berić gets his green card, Bezerra and Ragen train, and an update on Ivanov 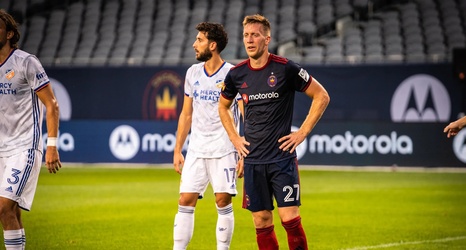 Robert Beriu0107 has received his green card, meaning he will no longer occupy an international slot on the Chicago Fire roster.

When Stanislav Ivanov returns from injury, which is still on track for later this summer, the Beriu0107 green card means the Fire will be roster compliant—right at the limit of eight international players. Luka Stojanovic is also in Europe right now awaiting a green card appointment, and the Fire have the process rolling on other players, as well. But, the clock is ticking to get those done. MLS has imposed a July 7 deadline—after that, any players receiving their green cards will remain listed as internationals for the rest of the 2021 season.