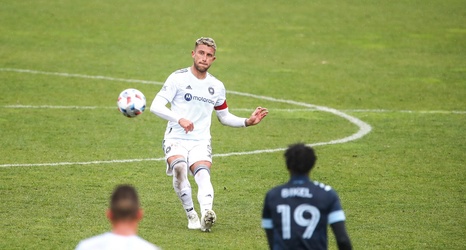 Saturday’s preseason match between the Chicago Fire and Vancouver Whitecaps may have officially been a “friendly,” but on the field it looked more like a Tuesday night Concacaf Champions League special. It was chippy. There were plenty of hard fouls, and at least one scuffle between the two sides. And when the freight trains weren’t screeching by SeatGeek Stadium in Bridgeview, there was plenty of angry shouting, too.

“It was a very intensive game,” Fire head coach Raphael Wicky said after the match.