Twins’ Ryne Harper (yep, he’s named for him) enjoying life as a first-time big-leaguer at 30 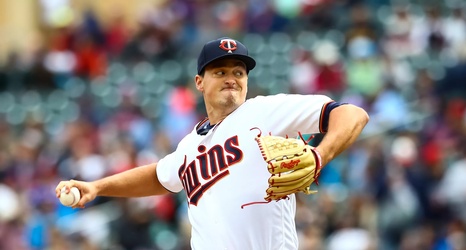 MINNEAPOLIS — Twins rookie Ryne Harper hasn’t met the former Cubs great for whom he’s named. Maybe someday? It sure would be a treat.

“Oh, man, that would be really cool,” Harper said. “He’s a Hall of Famer. More so than the name thing, he was just such an awesome baseball player.”

Ryne Sandberg was in the big leagues by 21, won an MVP with the Cubs at 24 and went on to be a 10-time All-Star and a nine-time Gold Glove winner.

The other Ryne? Well, let’s just say his baseball career hasn’t been on quite as fast a track.