The sordid travels of a Cubs fan: Hiram Bithorn Stadium in San Juan 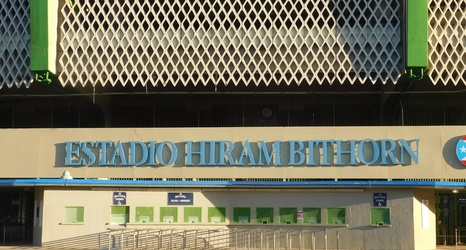 It had been a while since I had as much fun at a baseball game watching Los Cangrejeros (The Crabbers) de Santurce beat Los Gigantes (the Giants) de Carolina as I did at Hiram Bithorn Stadium last month in San Juan, Puerto Rico. This game had everything a baseball stadium fan could want. A game changing grand slam, cheap delicious food and beer, inexpensive front row tickets, fan-generated Latin percussion music from the stands, there was almost a bench-clearing brawl, and then there was JJ, the hardest working mascot in baseball.

JJ’s not a bad dancer either!