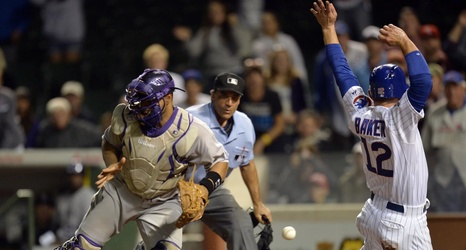 I’m not writing this article to embarrass these players, instead I simply wish to point out the worst WAR (by baseball-reference) posted by Cubs cumulatively over the last 10 seasons. I’m sure these players all worked hard and did their best — they just didn’t produce, for whatever reason.

In each case I’ve located some video of something they did well or interesting while a member of the Cubs. You’ll note that for six of the 10 players, they “accomplished” their bWAR number in a single season. That’s likely because if a player isn’t doing well, he’s gone.