Reds 13, Cubs 12: Lots of home runs, and Ian Happ leaves with an injury 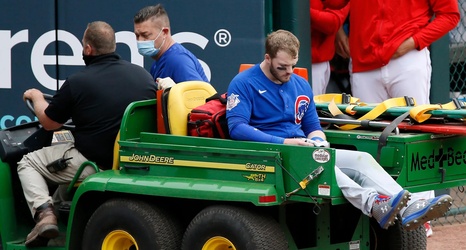 Seven times this year, the Cubs have gone into the final game of a three-game series with a chance to win the series.

They’ve succeeded just once, in the season-opening series against the Pirates at Wrigley Field.

Sunday was another failure to meatloaf a three-game set. The Cubs had one lead at the end of a half-inning, 4-2, and tied the game twice more (6-6 and 12-12) before losing in extra innings, 13-12 to the Reds, despite hitting five home runs. (The Reds also sent five baseballs out of the yard.)

The game was entertaining, I’ll give you that.