Polling Place: How will Bears QB Mitch Trubisky fare in Week 2 against the Giants? 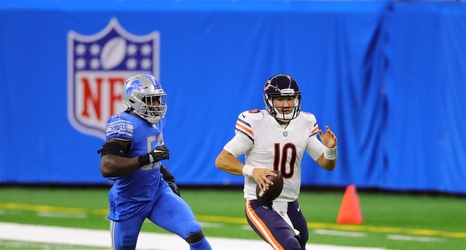 Mitch Trubisky was benched before halftime of the season opener by countless Bears fans on social media.

That’s probably going to happen when the quarterback blows a third-and-1 sneak on the game’s first series, adds a turnover on downs to the mix and, late in the half, accomplishes precisely zilch in the hurry-up offense. Especially when it follows three years of a lot of, shall we say, Trubisky-ing.

Fortunately, coach Matt Nagy stuck with his guy, who pulled the Bears’ fannies from the fire with a fourth-quarter comeback for a 27-23 win against the Lions. But you probably knew that already.