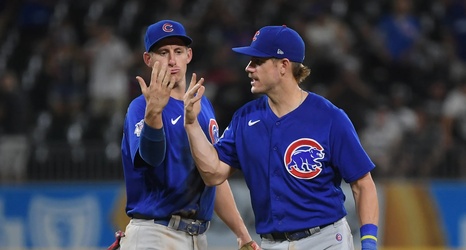 Patrick Wisdom and Frank Schwindel are both far past the age of most “rookie” players in Major League Baseball. Wisdom turned 30 in August and Schwindel will pass that milestone next May.

For various reasons, neither got much of a chance to play in the major leagues before this year. Schwindel was blocked in the Royals and Athletics organizations and the Cardinals gave up on Wisdom after making him a first-round pick (52nd overall) in 2012.

Tuesday, both Cubs were named to MLB Pipeline’s All-Rookie team, Wisdom to the first team and Schwindel to the second team.