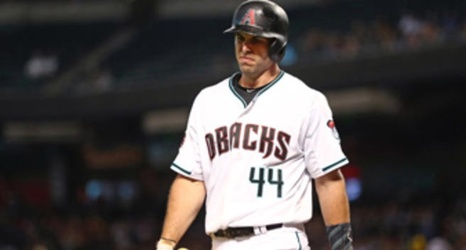 Great… Paul Goldschmidt is headed to St. Louis. The 88-win Cardinals added an MVP-caliber first baseman. It’s a well-known fact that he has a steady appetite for Cubs pitching. To make matters worse, I’m here today to present an entire team of “Cub Killers” – one at each position (two starting pitchers) that has consistently made life miserable for the Wrigley faithful. I limited the list to those who played the majority of their careers from 1990 on. In an excuse to include Daniel Murphy (*spoiler*), I included playoff games in the “Career vs Cubs” totals for each player.