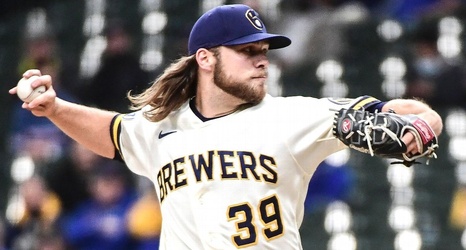 The difference between fighting for survival in the big leagues and potential greatness? In the case of Milwaukee Brewers right-hander Corbin Burnes, just a little tweak in the way he grips a baseball.

It's not an exaggeration to suggest that two seasons ago Burnes was the worst pitcher in the majors, when he went 1-5 with an 8.82 ERA and allowed a staggering 17 home runs in 49 innings. His transformation began that offseason when he started tinkering with a new pitch, then he broke out in 2020 and nearly won the National League ERA crown with a 2.