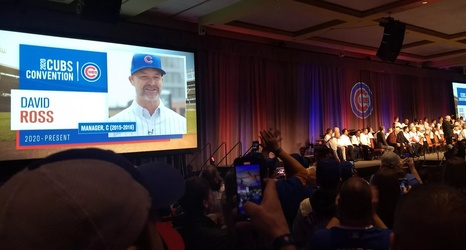 The Opening Ceremony of the Cubs Convention has been, in recent years, a love-fest. That was especially true after the Cubs won the World Series in 2016.

The Cubs fanbase has been somewhat discontented over the last couple of years, with an early postseason exit in 2018, an October-less season in 2019, and very little action to change the roster this offseason.

And those in attendance at the Cubs Convention Friday evening expressed their displeasure with one part of the Cubs experience. When team Chairman Tom Ricketts announced that the Marquee Sports Network would be carrying all the Cubs games in 2020, there was noticeable booing from the crowd [VIDEO].