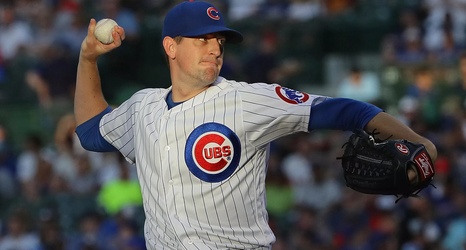 Cubs starter Kyle Hendricks said after his final start before the All-Star break he felt “really close” to having the kind of stuff and feel he had during what he called the best stretch of his career.

That was the eight-start stretch just before experience shoulder soreness that put him on the injured list in mid-June – going 6-0 with a 1.99 ERA before the injury.

It wasn’t quite cruise-control stuff Monday night during the hottest night game of the year at Wrigley Field this year.

But six strong innings of work against the Reds put the Cubs in the lead – until another blown save by the bullpen – and more significantly continued the kind of run for the starting pitching that the Cubs will need to outlast the tight National League Central.