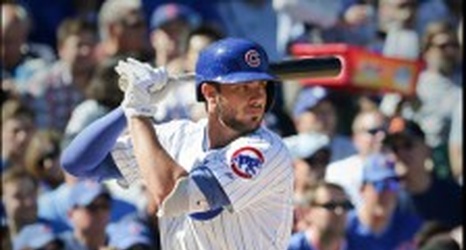 Baseball America named it’s Rookie of the Year for 2015 on Tuesday morning. And for the third year in a row, Kris Bryant took home a player of the year award from Baseball America.