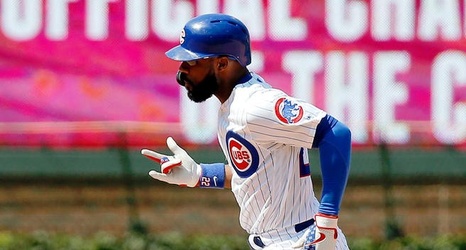 This is the Jason Heyward the Cubs thought they were getting when they signed him to an eight-year deal in December 2015.

Back then, the Cubs believed Heyward had more power to tap into from his 6-foot-5, 240-pound, linebacker-esque frame.

It didn't play out that way initially, with Heyward hitting only 26 homers to go along with a .367 slugging percentage and .688 OPS in his first three seasons in a Cubs uniform.

But all that has changed this year.