In appreciation of Kyle Schwarber 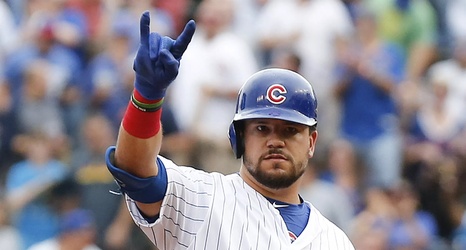 The decision by Jed Hoyer to not tender Kyle Schwarber a contract for the 2021 season probably ends his Cubs career after six seasons, though I suppose it’s still possible for the club to re-sign him as a free agent. Hoyer, in fact, left the door open:

Jed Hoyer on Schwarber: "It was a hard conversation. I called Kyle. We'll definitely keep the door open. We'll continue to talk about ways to bring him back....We had a good conversation. He's a legend. No question about that."

Schwarber, along with the rest of the Cubs “core,” became beloved for all time by Cubs fans because they were able, at last, to break the team’s 108-year World Series drought.