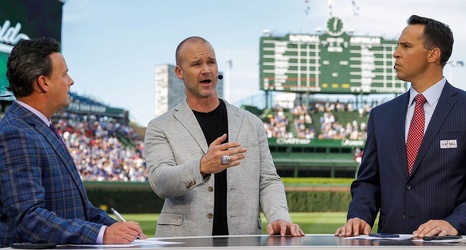 David Ross is one of the most beloved Cubs of the 2016 World Series championship team, and many have hoped that he would eventually become a member of the Cubs coaching staff, especially after he was hired as a special assistant in the Cubs front office.

Ross has also done quite a bit of broadcasting for ESPN, and Tuesday the network announced that Ross had signed a multi-year contract extension with them to continue working on baseball broadcasts. Ross will regularly call ESPN’s weeknight MLB game telecasts and appear on Baseball Tonight, including at the World Series, MLB All-Star and the Little League World Series.