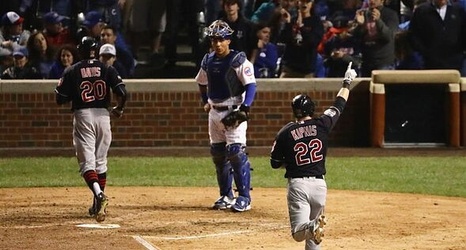 At some point in almost everyone’s life, there is a dream, notion, an imagination of yourself playing for your favorite professional team. Kids that grew up in Chicago wanted to play for the Chicago Bears or the Chicago Cubs since they could throw a ball.

Second baseman Jason Kipnis was one of those Chicago kids.

Kipnis wanted to play ball baseball for Chicago since being a Spartan at Glenbrook North High School in Northbrook, Illinois, just 20 miles north of Wrigley Field. Drafted in 2008 by the San Diego Padres and in 2009 picked up by the Cleveland Indians, Kipnis has been with Cleveland for the past nine years, including 2016, when he played against the Cubs in the World Series.