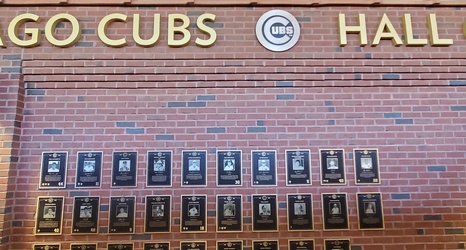 The Cubs recently announced they would install plaques for 56 people in the left-field bleacher concourse as the first “class” in their new Hall of Fame.

Thursday evening, they invited season-ticket holders to preview this area and also view their documentary about the restoration of Wrigley Field titled “Saving Wrigley Field,” shown on the outfield video boards.

I want to say this in all sincerity. There has been criticism of the Ricketts family ownership of the Cubs recently, as they were perceived to have been “cheap” in not giving enough money to re-sign or retain all the players who were traded away this summer.