Cubs pitcher Jon Lester to doubters: ‘I’ve proven a lot of people wrong throughout my career’ 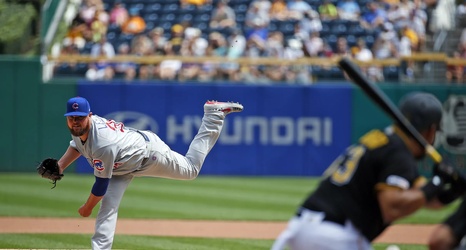 No way he’s a front-of-the-rotation guy anymore after watching him struggle last year? Maybe you’re of the mindset that – to borrow a phrase from one press box wag on certain pitchers – “he has two pitches: smoke and mirrors”?

“I’ve been doubted before,” the Cubs’ big left-hander said. “I don’t really care.”

That doesn’t mean the five-time All-Star didn’t approach last year’s struggles with some extra attention to detail and work on specific conditioning over the winter with last year’s hamstring issues and aging body in mind.