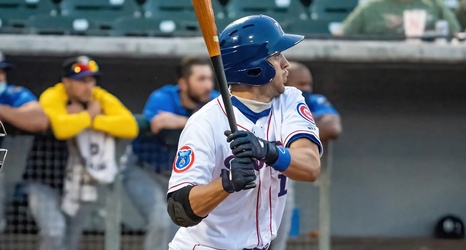 The Cubs on Sunday named their choices for the Cubs Minor League Player and Pitcher of the Month for May and they are Tennessee Smokies outfielder Darius Hill and Myrtle Beach Pelicans left-hander D.J. Herz.

The 23-year-old Hill was a 20th-round pick out of West Virginia in 2019. He started this season in Low-A Myrtle Beach. After just seven games, where he went 12 for 32 with three doubles (.375 batting average), he was promoted to Double-A Tennessee, skipping High-A South Bend. Hill was far from overmatched after the promotion, going 22 for 69 (.319) with two doubles and a home run in 16 Double-A games.