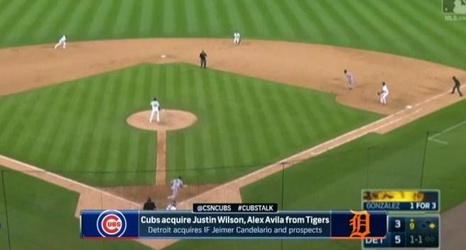 The Cubs want another parade down Michigan Avenue, loading up for another World Series run by adding lefty reliever Justin Wilson and veteran catcher Alex Avila on top of frontline starter Jose Quintana.

At a time when other organizations are overprotective of prospects and planning for the future by following a Cubs Way blueprint, team president Theo Epstein knows what he wants and what he is willing to give up to keep Wrigleyville rocking this October.

The Cubs closed that deal with the Detroit Tigers late Sunday night and announced it early Monday morning, filling their two biggest immediate needs with almost six hours to go before Monday’s 3 p.