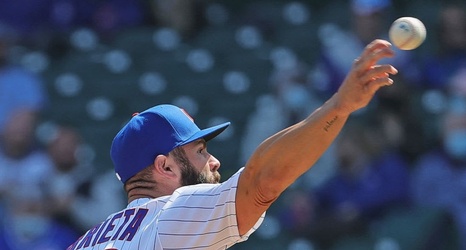 He’s 2-0 with a 2.25 ERA and 2.69 FIP. The bearded right-hander has not allowed a home run this season and Chicago’s won both of his outings. But that’s not to say he’s cruised, either. In his second start of the year on Thursday, Arrieta really had to buckle down to get the job done.

“That’s what a veteran pitcher does, a guy of his status,” Cubs manager David Ross said after the game.