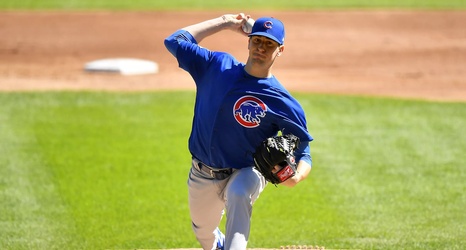 I’ve been doing a series of historical Cubs sleuthing photos, having located a treasure trove of them via Getty Images.

This one’s a bit different, because the caption given with this photo gives away the date:

Roberto Clemente #21 of the Pittsburgh Pirates steps into the batters box as third baseman Ron Santo #10 and catcher El Tappe #2 of the Chicago Cubs get ready to defend during an MLB game on June 26, 1960 at Forbes Field in Pittsburgh, Pennsylvania.

The reason I found this photo interesting is that Sunday, June 26, 1960 was the day Ron Santo made his major-league debut.