Cubs get outplayed in Pittsburgh, drop second straight series in 7-1 loss to the Pirates 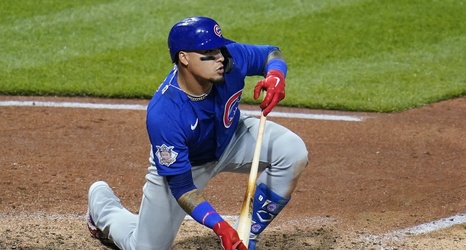 PITTSBURGH – The Pirates may go on to lose 90-plus games this season, but they played like a playoff team against the Cubs and it wasn exactly close.

It was strong starting pitching that helped carry the Cubs during the first week of the season, but after Jake Arrieta’s start on Thursday, the Cubs didn’t have that same success in Pittsburgh. Combine the inconsistent offense for the third consecutive series with shaky starting pitching, and you have the makings for a rough weekend.

Sunday’s 7-1 loss to the Pirates highlighted some of the Cubs’ early-season concerns as they dropped their second series in a row ahead of another National League Central matchup.