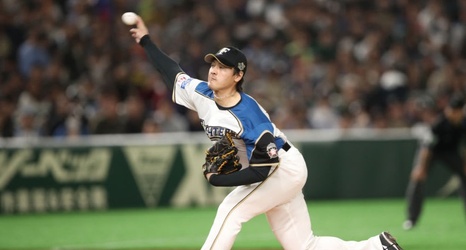 Right-hander Kohei Arihara has been posted; will the Cubs look to sign him?

In the grand scheme of things, the Chicago Cubs have been relatively quiet when it comes to bringing in players from the Nippon Professional Baseball League. The one name that comes to mind, of course, is Kosuke Fukudome – who inked a four-year, $48 million with the club in November 2007.

But given the team’s need of pitching, they could turn to Japan for answers. The Hokkaido Nippon Ham Fighters posted right-hander Kohei Arihara late this week, allowing big league teams to pursue the 28-year-old pitcher.