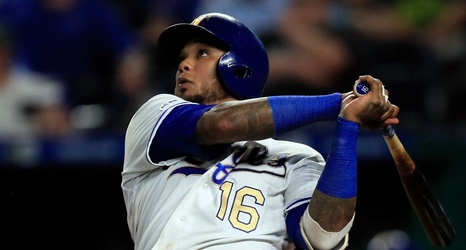 The Chicago Cubs acquired catcher Martin Maldonado for left-hander Mike Montgomery, the reliever who secured the last out in the Cubs' 2016 World Series championship season.

Maldonado, a defensive-minded 32-year-old catcher, should be an immediate replacement for All-Star catcher Willson Contreras, who hit the injured list Monday with a strain in the arch of his right foot. While Contreras isn't expected to miss a significant amount of time, Maldonado serves as a solid insurance policy.

He has been one of the best defensive catchers in baseball this season and was traded last July, too, going from the Los Angeles Angels to the Houston Astros.