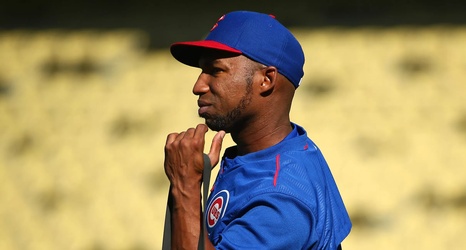 Congratulations to Yu Darvish and David Ross for their nominations. Congratulations are also due Ricky Renteria. That’s as political as we’re gonna get, except for a very funny column from Paul Sullivan, who is easier to like these days as he’s clearly been given more latitude.

Remember that it isn’t really my brief here to break news (or wind), though I do try, and stay up late after games chasing quotes and such. It’s just a wrap-up of current conversational fodder, as was outlined in Erik’s original mission statement.

The line between politics and sports is blurred by all of the foot traffic nowadays.