Chicago Cubs: What to do with Addison Russell? 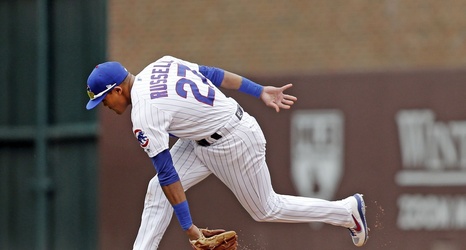 The history behind the Chicago Cubs Addison Russell is no secret. The domestic abuse allegations by his ex-wife later confirmed in a blog post written by her, which resulted in a 40-game suspension for Russell. Couple that with the not so stellar on-field performance, and the Cubs need to decide whether Russell needs to stay on this roster for 2020.