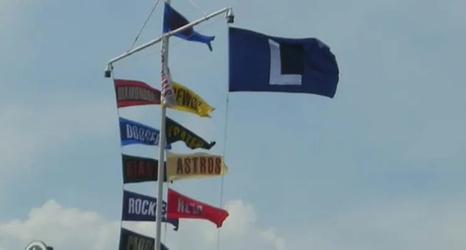 After a terrific opening start from Kyle Hendricks, the Cubs sought to win their first series of the year against the Brewers Saturday. Unfortunately, Yu Darvish and the rest of the Chicago pitching staff didn’t have it and Milwaukee won easily.

Willson Contreras gave the Cubs the lead with a run-scoring single in the 1st, but a bizarrely botched rundown in the top of the 2nd led to Eric Sogard‘s game-tying hit. A couple of inside pitches from Brewers starter Corbin Burnes caused both teams to engage in a socially-distanced shouting match in the 4th.