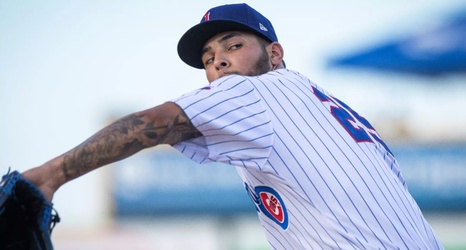 Minor league right-handed pitcher Jeremiah Estrada announced that he had Tommy John surgery last Friday. Estrada, a 6th-round draft pick in 2017, had not pitched since June 28. He’s almost certainly out until 2021 now.

The Iowa Cubs beat the Oklahoma City Dodgers, 7-2 in a game that ended after 5 1⁄2 innings because of rain, a power outage, lightning strikes and a possible tornado. Really, everything but locusts.