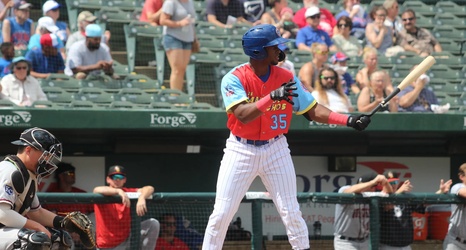 The Iowa Cubs lost to the Indianapolis Indians (Reds), 4-3.

Starter Robert Gsellman did not allow a hit over 2.1 innings, but he did give up a run on an inherited runner that scored after he left. Gsellman did walk three batters and struck out four.

Conner Menez gave up that inherited runner, but was strong otherwise as he allowed just one run on three hits over 3.2 innings. He struck out a whopping eight and walked just one.

Eric Stout blew the save and got the loss when he allowed two solo home runs in the top of the ninth inning.