Chicago Cubs Lineup (4/11/21): Happ Leads Off, Sogard at 2B, Williams Returns to Pittsburgh 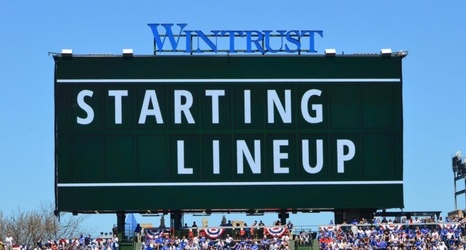 Ian Happ leads off the rubber match in Pittsburgh, followed by Willson Contreras behind the plate, Anthony Rizzo at first, and Kris Bryant at third. Joc Pederson is in left, Javy Báez is at short, and Jason Heyward is in right. Eric Sogard rounds out the lineup batting eighth.

Trevor Williams spent the first five years of his MLB career with the Pirates and he now pitches in Pittsburgh for the first time as a visitor. His Cubs debut took place in Wrigley, where his father grew up going to games, so this makes two straight emotional outings to open the 2021 season for Williams.