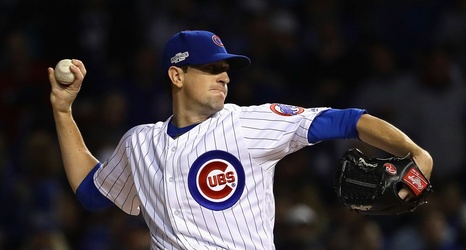 It’s hard to believe it was three years ago on this date when the Chicago Cubs won their first pennant in 71 seasons at Wrigley Field against the Dodgers. It feels like just yesterday when the final double play ball of Yasiel Puig nestled into Anthony Rizzo‘s glove, sending the sell-out crowd into a raucous frenzy at the Friendly Confines – an experience we’re all hoping for again sooner rather than later.

The 5-0 Chicago win that night saw contributions from a number of players, but the biggest player in that game was the man on the mound.