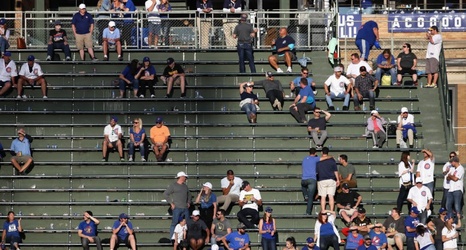 The Chicago Cubs have charted a wholly unsustainable course forward when it comes to putting bodies in the seats at Wrigley Field. A decimated roster that looks, feels and sounds like it belongs in Des Moines paired with the highest ticket prices in the game by a wide margin? That’s not gonna cut it.

This season, Chicago is averaging just over 22,000 fans per home game – although that number is heavily skewed due to the restrictions that were in place to open the 2021 campaign. Still, even taking that into account, the Cubs’ home attendance this year ranks fifth in the Senior Circuit, the lowest the team has ranked since 2014.