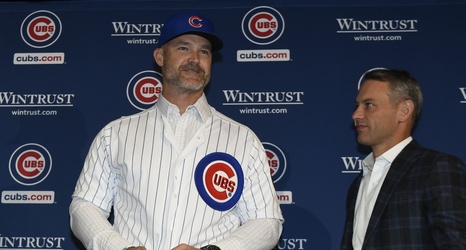 On the eve of the annual Cubs Convention, new Chicago manager David Ross spoke with reporters about the current state of the organization.

The highlights of the interview include Ross claiming that he expects Kris Bryant to be on the Opening Day roster and that fans should expect him as much. Ross also mentions that, unlike fans, he is excited about the fact the Cubs have not made any major changes to the roster, indicating that he thinks the current mix can win the World Series.

This roster certainly can win the World Series, as they did it in 2016.