Chicago Cubs: Business will surely get uglier later on down the road 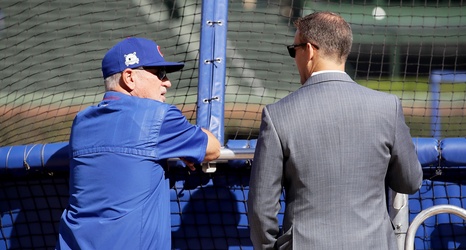 While it may not be that dramatic, tough decisions are going to be made by Theo Epstein and the Chicago Cubs. One was built over the offseason, parting ways with skipper Joe Maddon who later returned home to the Los Angeles Angels.

Maddon will have his hands full in the American League on top of having to compete with the Dodgers over Los Angeles bragging rights. Recently, the Dodgers pulled off a blockbuster trade, acquiring Mookie Betts, Brusdar Graterol, and David Price from the Boston Red Sox.

Price spent his first few seasons as a big-league player under Maddon as a member of the Tampa Bay Rays before both sides ventured off to win World Series titles elsewhere.