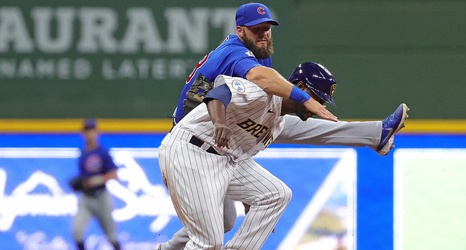 The Cubs went out to an early lead Friday night in Milwaukee, then extended it, and kept that lead with just six outs to go.

Could they actually win a game from the Brewers?

Unfortunately, no. Rowan Wick had a rare bad outing and a four-run Milwaukee eighth inning gave them an 8-5 win over the Cubs, who have now lost 10 straight to the Brewers.

Let’s go back to the beginning of this game, which was much better for the visitors.