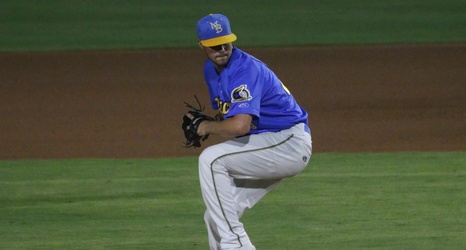 It’s time for our regular Monday update on the Cubs prospects playing in the Arizona Fall League.

The Mesa Solar Sox, the AFL team that the Cubs share with the Angels, Athletics, Indians and Tigers were 2-4 over the past week. They lost their first four games and were shut out in two of them. They bounced back to win their final two games and Cubs prospects Riley Thompson and Jared Young played a big role in one of those two wins.

Mesa’s overall record is 12-13, which puts them three games behind the Salt River Rapids with four games to play.