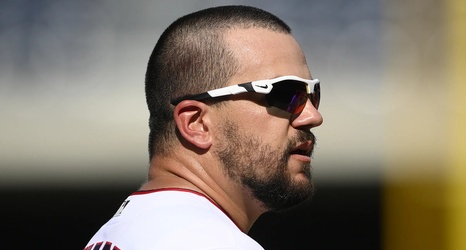 DENVER — If only Kyle Schwarber had gotten under a July 2 fastball from Dodgers lefty Julio Urias just a tiny bit more, it would have been yet another home run.

Instead, the bull-necked, barrel-chested darling of the Nationals roped a base hit into right center, took a wide turn around first base and — oh, no.

“Oh, please,” Nationals television play-by-play man Bob Carpenter said as Schwarber doubled over in agony on the bag. “Not him.”

Not June’s National League player of the month, whose preposterous home-run binge included 15 bombs in a 17-game stretch — a feat previously accomplished by only Sammy Sosa in 1998 and Barry Bonds in 2001.